Home > Trails of Good > War destroys, and we create an alternative

War destroys, and we create an alternative 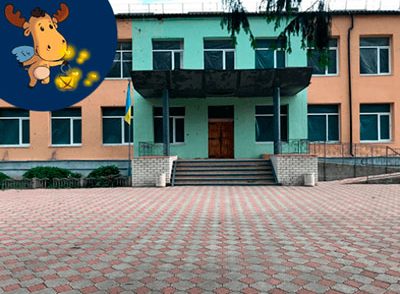 How to keep faith in light and goodness in times of war when so much pain and horror surrounds us? You may carry those feelings to those who also need faith, reminding yourself and them that the light of humanity and love shines even in the darkest of times, and it will win because it is invincible! And this light inside each of us is the foundation on which we will rebuild our country!

Each of us is already thinking about what our Ukraine will be like after our victory. And, of course, we are all working to rebuild it for our future. A child's bright smile will symbolize the new, rebuilt Ukraine.
— the Goodacity team

Step 1. The school of survival

Not long ago, this school rang with the chatter and laughter of children, sparkled with sun’s rays on large clean windows, creaked with brand-new desks, and exuded coziness and positivity. Now, it gazes eerily at the world through broken windows, looking like wounds. Desks are mutilated desks and tattered textbooks in the destroyed classrooms, and for too long, children’s laughter has not been heard throughout its halls.

The village of Novyi Bykiv, located in the Chernihiv region, has been under Russian occupation for more than a month, from the end of February to the end of March this year. It was 30 long, terrible days of pain, horror, and terror. The “scars” of the war are now everywhere – in people’s broken lives, destroyed infrastructure, ruined houses…

The school, having previously been a cheerful buzzing hive of activity, now stands empty:  all the windows were shattered by explosions, and many classrooms were destroyed. Children who have been dreaming of a solemn Farewell Bell ceremony and Graduation Ball now only dream of peace and victory and also of being able to sit down at a desk in their native school in September.

“The school was the highlight of the village,” Andriy, a resident of Novyi Bykiv, says. “It was modern, bright, nicely furnished. Almost two hundred children studied here, and everyone worked hard for them, making up-to-date renovations and buying new classroom desks and furniture. It was so painful to watch all this being destroyed by the Russian occupiers, who tried to establish a headquarters here”.

Hate and envy can only destroy, but kindness and love create and prevail. The occupiers can destroy a school, but they cannot destroy our children's future, and we will definitely restore and rebuild everything that was ruined!
— Andriy,
a resident of Novyi Bykiv

“Nowadays, there is a lot of talk about rebuilding a new Ukraine after the war, an incredible and powerful Ukraine. Some are starting to do it now,” Andriy says.

“I’m grateful to the good people from Goodacity, who purchased a special film for the windows of the entire school building — and there are quite a lot of them! Of course, it is a temporary solution, but it will protect the premises from bad weather and other factors and allow us to arrange the insides of the school for the time being.

We gathered the whole community, covered the windows with film, and our school immediately became brighter! Such actions help us to heal the wounds from the “splinters” of war and return to a peaceful life”.

“War destroys, and we create an alternative!” the volunteers of Goodacity say.

“We still have much to restore, and we need a lot of light and love to fill the gaping holes in souls and homes”.

Children should grow up in peace and security so that a lullaby can be sung above the cot and not in a bomb shelter, so that kids can play without fear on playgrounds, and the school bell can ring instead of the blare of air raid sirens. And we are confident that that is exactly how everything will be!
— the Goodacity team 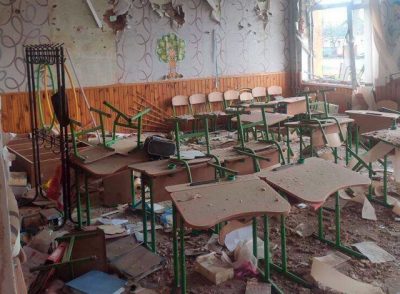 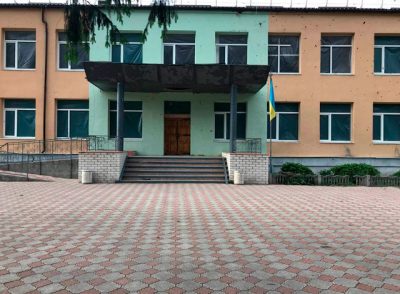 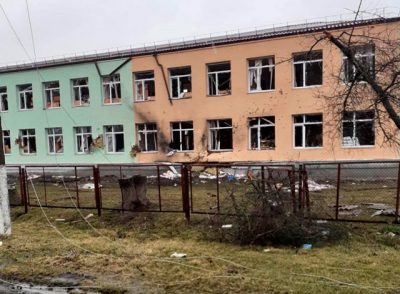 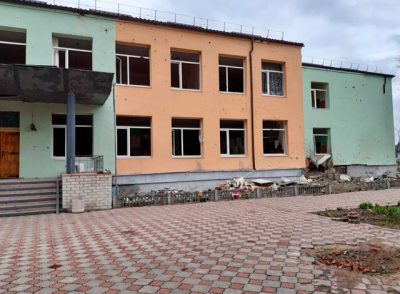 Time to sum it up

We sincerely believe in Ukraine’s victory and know that peaceful days will come, and the children in Novyi Bykiv will once again be seated at their desks in a beautiful and renovated school. And their first lesson will be the lesson of Kindness!

You can afford yourself the luxury of goodness!

Do you know a school that needs help?
Do you want to take part in our next charity event?
Do you want to know how you can help?
Contact Us
Sign in Create an Account
Lost your password?